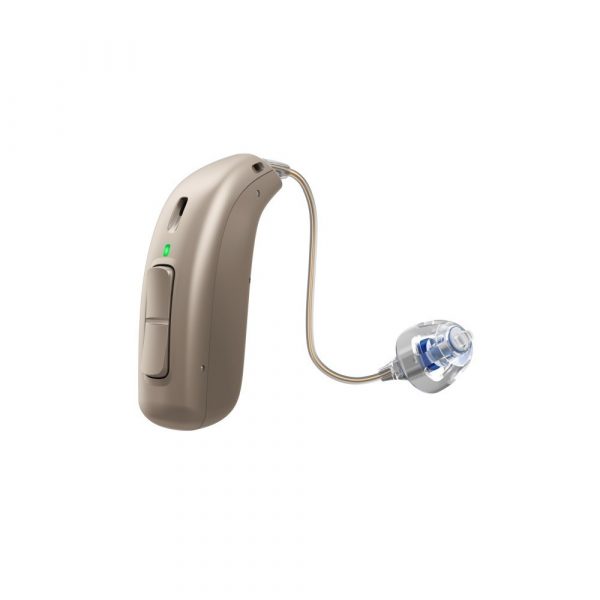 This is the top of the range model from Oticon, launched in March 2019. It is important to note the “S” in the name of this hearing aid as that is what signifies it is from the newer range rather than the 2016 version.

So what is new?

The Oticon Opn1 is often considered to be the best hearing aid available for many hearing losses and has been ever since its launch in 2016. The Opn S range significantly improves on a proven formula and also adds in some new features to make the Opn range suitable for almost everybody.

The original Opn range had a rechargeable option, using the Z-power removable rechargeable solution. It works but was harder to use and more prone to problems than using built-in lithium-Ion rechargeable batteries. The New Opn S 1 uses the best type, an inductive Li-Ion battery that will last you all day, even with streaming, and will fully charge in just three hours. The rechargeable version is an additional £150 per aid. Oticon charges quite a lot for their rechargeable option, in my opinion, so be sure that it is something you need.

Occasionally feedback could be an issue with the original Oticon Opn hearing aids. People with very poor high-frequency hearing would not always be suitable for Opn aids as a result. Oticon now has a new feedback management system and have made this bold claim:

“Breakthrough technology in Oticon Opn S stops feedback even before it occurs. Now you can give someone you love a tight hug, without worrying about whistling sounds from your hearing aids”

The anti-feedback system must be good, as even the most hyperbolic of hearing aid marketing departments would shy away from going so far in a claim. The particular part of my nature would like to point out that it is also likely to work, even if it is someone you don’t love that you are giving a hug to.

The Oticon On App, which is available for both Apple and Android devices, has a plethora of features allowing control over many aspects of the hearing aid and giving useful information about your usage. HearingFitness is a new addition to the app which aims to improve your overall health using insight based on healthcare and lifestyle data.

The performance of the original Opn was better than most hearing aids already, especially in background noise. There have been a number of improvements made to the new Opn S range making them overall 10-15% more effective than before. Improved Speech understanding (the most important aspect in my opinion) is 15% better.

There are no reviews yet. 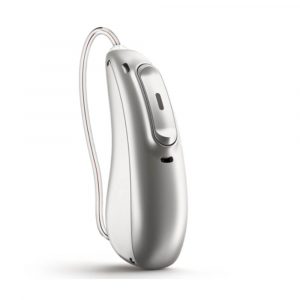 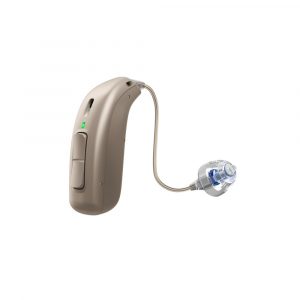